Tampa, FL —  One in four dental patients in Tampa Bay suffer from a condition called Bruxism, the medical term for grinding and gnashing their teeth.  According to research conducted by the Department of Veterans Affairs, in the military population, Bruxism can affect more than half of currently active-duty and retired personnel.  John Martin is one of those retired military who had suffered from Bruxism for decades, which ground down his teeth, realigned his jaw, and affected his smile.  Until recently.

When you look at Martin’s career, it’s no surprise he suffered from Bruxism. He is an experienced combat veteran who retired as a Lieutenant Colonel in the U.S. Army and has over 30 years of military experience, including performing the roles of paratrooper and senior acquisitions specialists in support of U.S. Special Operations Command and the Defense Health Agency.

Martin turned to one of Tampa’s top reconstructive dentists, Dr. Marnie C. Bauer, D.M.D, to correct a problem that saw him literally biting through protective mouthguards at night on a frequent basis.  Bauer also happens to be Martin’s cousin, and she’s been encouraging him for years that restoration was possible and the answer to his discomfort.

“I’ve had a long and stressful career, and grinding my teeth was one way my body dealt with it,” said Martin.  “I’ve served in multiple core combat tours overseas and have been stationed all across the globe, and while I knew grinding my teeth was not an issue that would go away, I did drag my feet until it really began to affect my quality of life.”

Bauer explains that while Bruxism can occur both day and night, those who grind their teeth at night, like Martin, often see greater damage.

“Grinding our teeth is our body’s reaction to internal stress,” she explains.  “Just like increased blood pressure, Bruxism at night can be a highly destructive way for the body to subconsciously deal with that stress.”

In fact, the maximum force a person can exert on their while clenching and grinding at night is far greater than they would during the day.  This is due a person’s protective reflexes being not as effective at night as they are during the day.

“John was at a point where his Bruxism was really affecting his life. It was time for a total reconstruction,” explained Bauer.  “Night guards weren’t working for him anymore and he was having increasing sensitivity in his back teeth.”

Martin underwent a months-long process of reconstruction designed to rebuild his smile and strengthen and fortify his still healthy oral tissues and tooth structures.  Because most of Martin’s teeth, especially his molars, were severely worn down, attention needed to be paid to all of his teeth to restore proper jaw alignment and bite.  The process involved recontouring the teeth so that crowns could fit onto them.  While it was a lengthy process, Martin reports that it was surprisingly comfortable.

“It was more like a spa day than a trip to the dentist with special touches like aromatherapy and a really relaxing environment.  They treated me like a rock star.  I’m so glad I finally got it done,” said Martin.

The Veterans Administration has been studying the effects of Bruxism on military personnel for decades now, and has found a link between those suffering from Post-Traumatic Stress Disorder (PTSD) and Bruxism.  Their research suggests that patients suffering from PTSD typically grind their teeth both day and night in response to emotional distress and anxiety attacks.  That usually leads to more damage over time than patients like Martin whose reaction to extreme internal stress release resulted grinding his teeth only at night.  While both types of patients grind their teeth in a response to stress, for those with PTSD, Bruxism is often accompanied by severe depression and anxiety.  Cosmetic and reconstructive dentistry is now being offered at many bases and VA clinics throughout the country to help combat these issues. 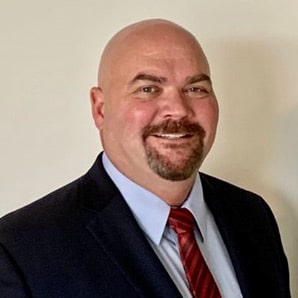 A former Lieutenant Colonel in the US Army, John is an experienced combat veteran with over 30 years of military and industry experience and specializes in multifunctional logistics as well as plans and operations. John has served as both a senior acquisitions specialist in support of a U.S. Special Operations Command (USSOCOM) Undersea Mobility Program and for the Defense Health Agency as a Program Manager responsible for developing and manufacturing a DOD-wide mobile medical content publishing and learning software application which is currently being utilized by servicemembers and veterans in over 60 countries across the globe. He now resides in Tampa, Florida and is one of the founders of OnX Global Solutions, LLC, an end-to-end global manufacturing, product, industry, and logistics sourcing solutions provider.

Practice Founder Marnie C. Bauer, D.M.D., was born and raised in Clearwater and is a graduate of Nova Southeastern University Dental School.  She received her undergraduate degree from Clemson University in South Carolina.  Her general residency was completed at Hillsborough County Dental Research Clinic with an emphasis in oral surgery.  She completed Advanced Studies with Dawson Center and Las Vegas Institute, and is continually adding to her credentials for the most innovative and comprehensive techniques for patient care.